“Skill in the art of communication is crucial to a leadrer’s success.He can accomplish nothing unless he can communicate effectively” — Anonymus

A soft skill is a personal attribute that supports situational awareness and enhances an individual’s ability to get a job done.

Some of the major soft skills that are necessary for every individual are:-

Transfer of an idea or thought from one being to another,when the recipent’s comprehension/understanding of the idea/thought is the same as or similar to the transmitter.The mode or medium isn’t important, but the effectiveness transmission and the reception is.The channel of communication can be visual, auditory, tactile/haptic, olfactory, electromagnetic or biochemical.Human communication is unique for its extensive use of abstract language.Development of civilization has been closely linked with progress in tellecommunication.

The main steps inherent to all communication are:-

The main two types of communication are:-

Non Verbal communication describes the processes of conveying a type of information in a form of non-linguistic representations.Examples of non verbal communications include haptic communication, chronemic communication, gestures, body language, facial expressions, eye contact etc. It also relates to the intent of a message.Examples of intent are voluntary, intentional movements like shaking a hand or winking, as well as involuntary, such as sweating. Speech also contains non verbal elements known as paralanguage, e.g rhythm, intonation, tempo and stress. It affects communication most at the subconcious levels and establishes trust.

Non Verbal communication demonstrates one of Paul Watzlawick’s laws:- You cannot not communicate. Once proximity has formed awareness, living creatures begin interpreting any signals received.Some of the functions of nonverbal communication in humans are to complement and illustrate, to reinforce and to emphasize, to replace and substitute, to control and regulate, and to contradict the denotative message.

Verbal communication is the spoken or written conveyance of a message. Human language can be defined as a system of symbols by which the symbols are manipulated.The word language also refers to common properties of language.Language learning normally occurs most intensively during human childhood.Most of the large numbers of human languages use patterns of sound or gesture for symbols which enable communication with others around them.Languages tend to share certain properties, although there are exceptions.

As previously mentioned, language can be characterized as symbolic. Charles Ogden and I.A Richards developed The Triangle of Meaning model to explain the symbol, the referent, and the meaning.

Contrary to popular belief, signed languages of the world (e.g. American Sign Language) are considered to be verbal communication because their sign vocabulary, grammer and other linguistic structures abide by all the necessary classifications as spoken languages. There are however, nonverbal elements to signed languages,such as speed, intensity and size of signs that are made.

There was an error retrieving images from Instagram. An attempt will be remade in a few minutes. 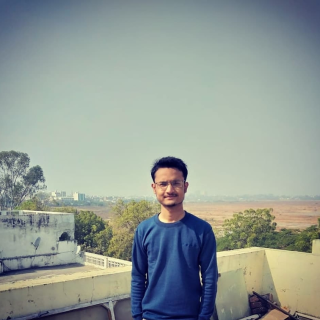 Hey there !! I Gautam started my wordpress blog after class 12.Hope you will like my blog and do not forget to share my amazingly crafted articles if u liked it.

she is fashion. she is fitness. she is food.

The thoughts and life of me

Enter at own risk

Taking the camera for a walk!!!

Reflections on Canadian Culture From Below the Border

The virtues for enlightenment

where all emotions are cared for!

"Whatever you are not changing, you are choosing." —Laurie Buchanan

Croatia, the War, and the Future

Art and the philosophy of life